Two phrases are present on the wrist of Dean Hall, an Oregon man who is swimming the length of the Willamette River. The rubber bracelets read: “Swimming in Miracles,” and “Relentless.” The former is what Hall has nicknamed his endeavor to swim all 184 miles of the river, going from Eugene to Portland at the clip of 10 miles per day. The latter is the motto of the Leukemia & Lymphoma Society.

The 54-year-old open water swimmer who began his journey last week has been battling both forms of cancer since 2006 when he was first diagnosed with leukemia. Shortly after he was also diagnosed with lymphoma.

He’s schedule to finish the swim this weekend on June 23rd after only taking Sundays off.

Not only is Hall doing the swim to promote healthiness and to challenge himself, he really wants to show people how beautiful the Willamette River is. “It’s such a beautiful river,” says Hall. “And we see no one on it. It’s one of Oregon’s greatest natural resources and people need to get out and start having fun on it.”

Some are worried about recreating on the Willamette because of past pollution and concerns it could be hazardous for one’s health. Fifty years ago that may have been the case, but a local group called Riverkeeper has helped to take care of the water and has kept an eye on any major contamination.

The main reason Hall wanted to swim the river was to demonstrate to other cancer patients that they don’t have to be victims of circumstance. They can find joy in life and accomplish much, despite their condition. Hall says, “I’m just an ordinary guy. If I can swim 184 miles, just about any cancer patient doesn’t need to give up their dreams.” 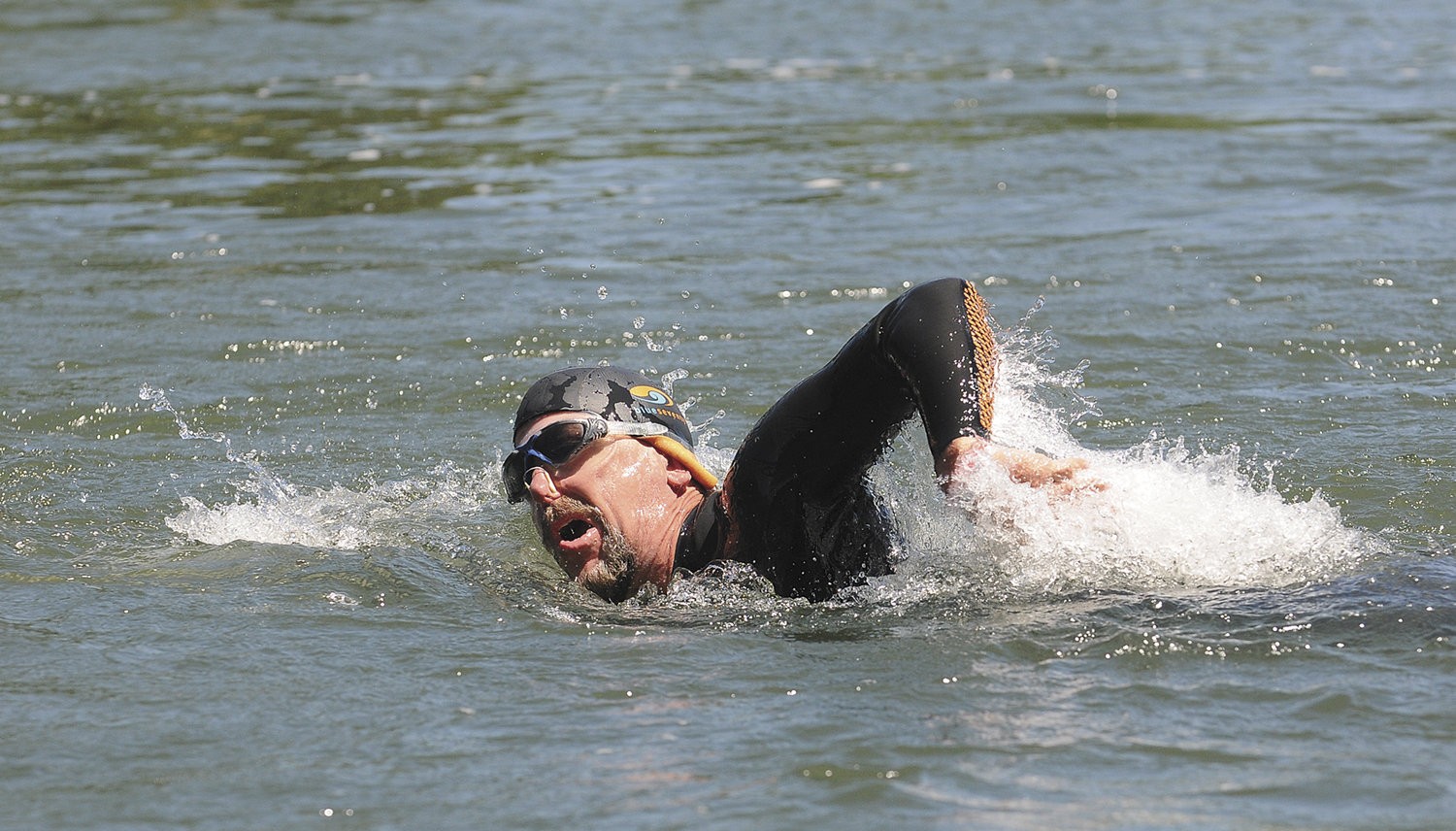 Dean Hall has also taken this opportunity to raise money and awareness for the Leukemia & Lymphoma Society who pushes for donations about the same time of year as he was planning his 184-mile swim.

Hall is not the only one in his family to be affected by illness. His wife passed away from a different form of cancer in 2010, only four years after his own diagnosis. His father, Dick Hall, is kayaking behind him and monitoring his son every day during the journey. He is also dealing with lymphoma.

His father is his support while he’s in the water, paddling behind him the whole time. Hall is wearing a wet-suit in the less-than-warm temperatures of the river and carrying just his iPhone in a watertight bag that he carries on the small of his back in case of an emergency and a knife strapped to his leg to cut himself free of any stray tow ropes of test lines that may snag him in the water. Despite the arduous trek, the most surprising development has been that he hasn’t been sore. Something Hall believes is just another miracle.

Swimming became a focus for Hall after his cancer diagnosis when he felt like he was in a mental and physical rut. He drew on his experience as a family therapist to try and get out of the doldrums.

“One of the things I’ve learned as a therapist and patient myself, when you get that diagnosis, it’s so scary and overwhelming. It’s pretty easy to give up your dream and drive. I did, too. I knew better, but I kind of dropped all my dreams and went into survival mode.”

Having always been active as a triathlete, one of Hall’s dreams was to one day swim the English Channel. After his wife’s passing and having to cope with his own illness, he sunk down to a low level where he had little desire to achieve anything. He remember thinking, “I just don’t feel like the strong, active guy I’ve always been. I need to find Dean again. I’m going to start swimming.”

Instead of wallowing in what are justifiably debilitating circumstances, Hall started to feel better emotionally as well as physically the more he trained his body. Choosing to separate himself from what he referred to as a very self-centered emotional reaction, he formed “Swimming in Miracles” and began to plan what would come next. After speaking to the Leukemia & Lymphoma Society, he knew he wanted to set his sights on swimming the Willamette. 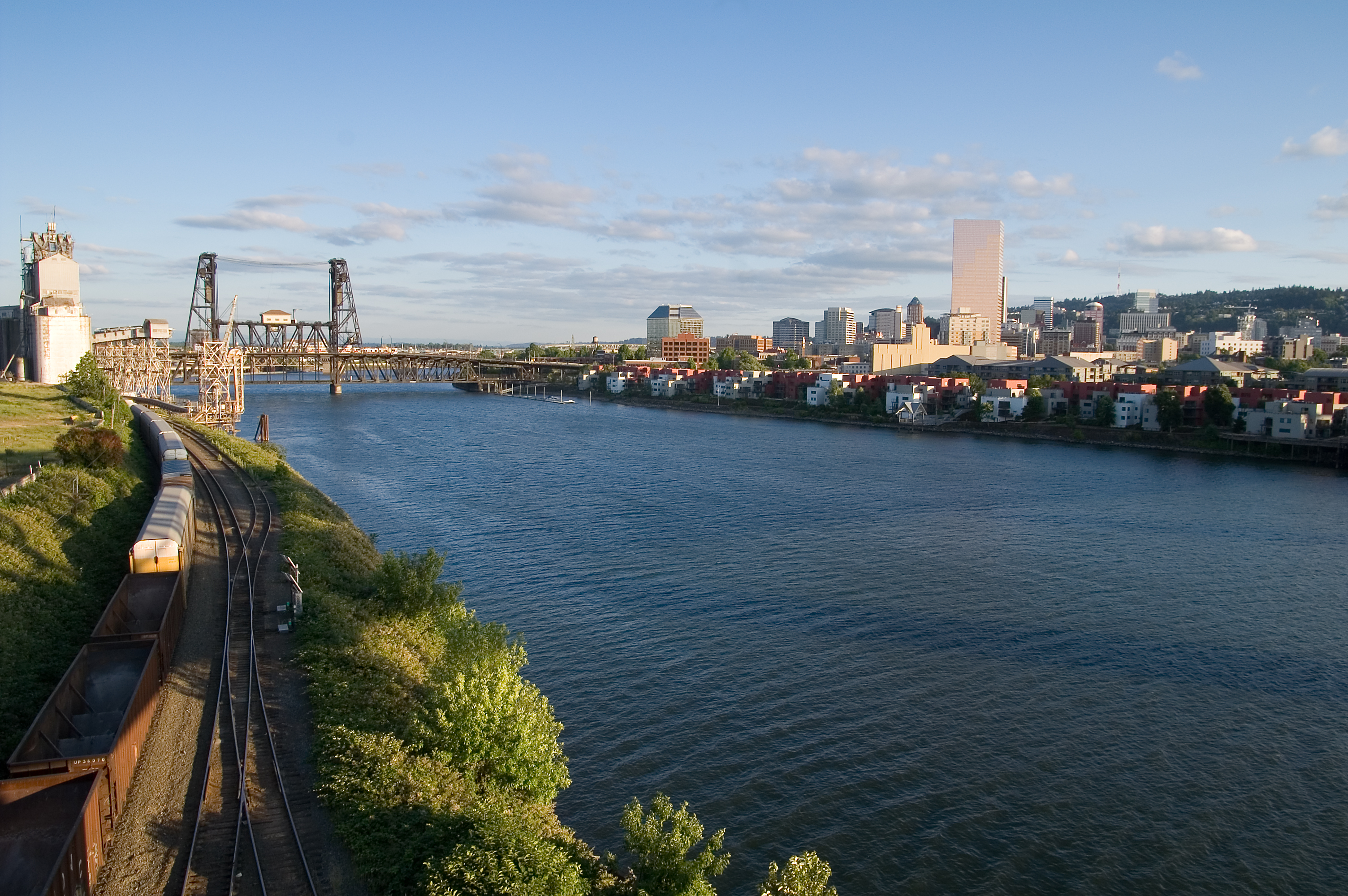 He went through the logistics of the swim: meeting with the Willamette Riverkeeper organization and they were excited and supportive of his goals.The director of the group told him he would be the first one to make the attempt and gave him guides and information on river conditions.

He was also aided by certified water rescue instructors and Eugene residents Lou English and Al Grapel who helped scout a route where his father could follow behind in his kayak.

The first day, Dean said he got a bit banged up on the rocks and rapids and had some close calls with floating logs, but has otherwise had smooth sailing (so to speak). The message he wants everyone to take away from this task he’s undertaken is that life (and swimming) aren’t just about putting your head down and dealing with whatever comes your way.

“That’s a horrible way to go through life,” he said. “It may be successful, but it’s not very fun.” So instead of focusing on how far he’s come and how much distance he has yet to cover, Hall just “concentrate[s] on being in the river, being healthy, watching the bubbles go by.”